Lea Bertucci is a composer, performer and sound designer whose work describes relationships between acoustic phenomena and biological resonance. In addition to her instrumental practice with woodwind instruments, she incorporates multi-channel speaker arrays, electroacoustic feedback, extended instrumental technique and tape collage. In recent years, her projects have expanded toward site-responsive and site-specific sonic investigations of architecture. Deeply experimental, her work is unafraid to subvert musical expectation.

Her discography includes a number of solo and collaborative releases on independent labels and in 2018, she released the critically acclaimed Metal Aether on NNA tapes. Lea is co-editor of the multi-volume artists book The Tonebook, a survey of graphic scores by contemporary composers, published on Inpatient Press.

As a sound designer, Lea has collaborated with dance and theater companies including Big Dance Theater, Pig Iron Theater, Piehole!, and Mallory Catlett (Restless NYC). Her musical collaborations extend to other chamber-noise projects, notably a recently formed duo with vocalist Amirtha Kidambi, who will be releasing their debut album Phase Eclipse on Astral Spirits Records in the fall of 2019.

As a solo artist, she has performed extensively across the US and Europe with presenters such as The Museum of Modern Art New York, Blank Forms, Museo Reina Sofia Madrid, Pioneer Works, The Kitchen, Roulette, The Walker Museum, Caramoor, The Renaissance Society Chicago, Muziekgebeow Amsterdam, and Unsound Festival, Krakow. She is a 2016 MacDowell Fellow in composition and a 2015 ISSUE Project Room Artist-in-Residence. In 2018, she received a commission from the American Composers’ Forum for a new percussion trio as well as a brass octet commissioned by the Levy Gorvy Gallery in New York.

Saariselka is inspired by the meeting of earth and light, where slowly moving land masses merge with enveloping light fields. This sonic collaboration between composers Marielle Jakobsons (Fender Rhodes, organ, synthesizers) and Chuck Johnson (pedal steel guitar and treatments) is as expressive as it is enigmatic. On their debut album, The Ground Our Sky, a kind of new ambient Americana is unearthed and explored. The respectively singular artistry of Jakobsons (who previously cofounded the beguiling Date Palms) and Johnson collectively craft a universe of remarkable resonance. It is a vibrant, seemingly infinite sway of sounds that exists unmoored in time and space. The Ground Our Skygets its lift by pondering the universe not while staring up at the sky, but rather down at the ground – gazing into the earth, where we are all individually and collectively a meeting of the ground and the sky. This inverted perspective is at the heart of Saariselka’s music. That feeling of becoming ungrounded is universal and inevitable – and increasingly necessary to seize those rare opportunities for meaningful changes in perspective. 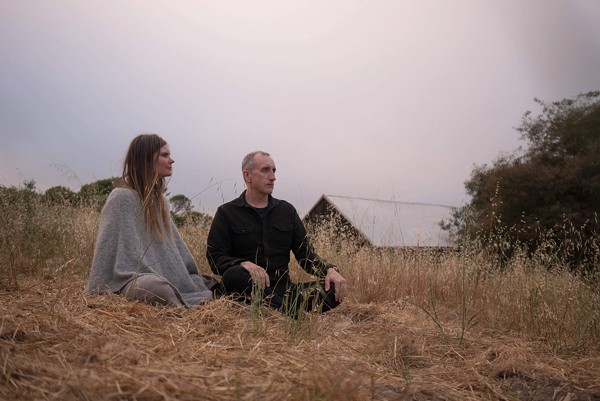