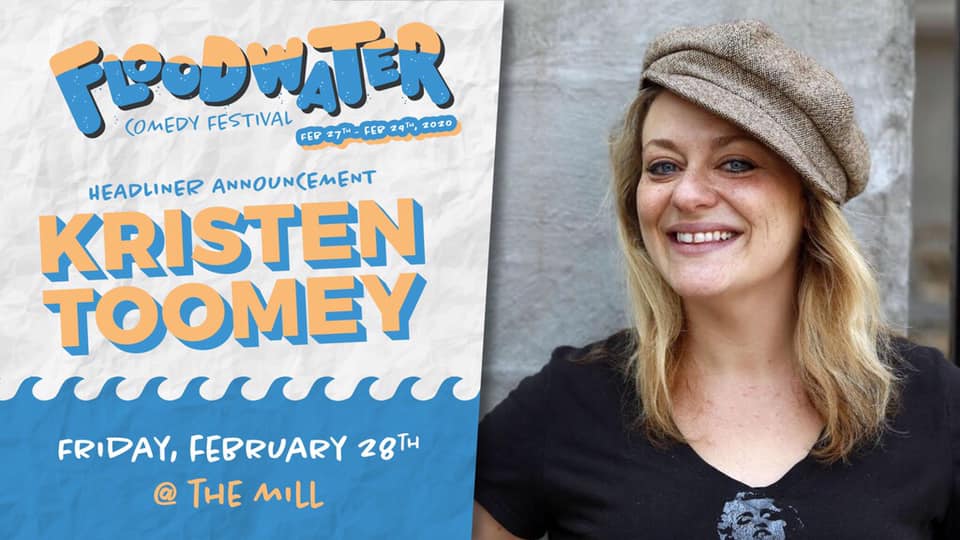 Kristen Toomey is one of the fastest-rising comedians in her hometown of Chicago. "Watching her is like watching a sitcom waiting in the wings"-Chicago Magazine. "Toomey is part of a tradition of comics who kill when sober"- Chicago Tribune. She is smart, quick witted and brutally honest. Kristen is a regular at the Laugh Factory-Chicago and UP Comedy Club, has headlined at the Chicago Women's Funny Festival and performed at The Chicago Comedy Expo. She is a founder of the all female comedy collective Hoo HA Comedy and the newest producer/member of the powerhouse collective Comedians You Should Know. In addition to her stand-up work, Kristen has dabbled in television (Bad Sides) and was the stand-up consultant for the feature film “Nate & Margaret .

Floodwater: Let's Do This!

Singing in the Rain: A Musical Comedy Hour