As the world loudly closed down in the Spring of 2020, John Calvin Abney’s new journey quietly opened up.

As his lease came to an end in May of that year, he made the decision to sell many of his things, pack up his car and sojourn west, taking up temporary residence in the rooms and garage apartments of a number of close friends. From the San Francisco Bay Area to Austin, TX, Abney began working on the songs that would become his stirring new nine-song album which is released this August, via Black Mesa Records.

Abney named the album Tourist, informed by the way he felt as he moved through the spaces of his temporary homes. “I felt like a tourist, but not in a gaudy, intrusive way,” Abney says of the experience. “I was a quiet figure in the background of town, softly gathering up scenery and stories, trying to learn how to live outside of the realms I inhabited comfortably when I was younger.” One of these places was south of Reno, NV where he was born, spending his early years in the Sierra Nevada Mountains. “Not only did I feel like a tourist in this world, I was a stranger in my hometown who recognized no one but the land.”

Across Tourist, the songwriter meditates on death and departure, companionship and camaraderie, weather and warning, weaving a number of the characters he interacted with through this time – from kind friends to passing strangers – into the narratives strewn throughout his lyrics. Each song reconciles with the fact that everyone enters this world and everyone exits, in one way or another, without exception.

Though it was recorded in an assortment of rooms and hotels across California, Nevada, Texas, and Oklahoma, Tourist feels remarkably durable. Abney sees it as a companion piece to his 2020 Familiar Ground LP but there’s a lightness here that was less pronounced previously, a kind of woozy solace you find in travel, in embracing the unpredictable. Using his personal portable studio, this is no troubadour with a busted guitar story, instead, Abney grows his songs, weaving drum machines, samplers, and synthesizers into the songs, fleshing the recordings out with sole collaborator John Moreland, who performed his parts and mixed from his own studio, using the internet to create the album over even longer distances.

Informed by much of the music Abney was listening to at the time (from the Japanese pop maestro Haruomi Hosono, Happy End, and Elton John through indie rock band War On Drugs), Tourist was equally, definitively shaped by the landscape itself, specifically, the sights and sounds of the redwood forests and cold coasts of Northern California where he spent his time during a harrowing fire season, idling in the countryside, accompanied by Steinbeck’s rich travel memoir Travels With Charley and a collection of Hemingway short stories, both given to him by a friends in Oklahoma. The western wildfires burning ominously through the dusk and dawn crept their way into the sounds and stories like the smoke did through his windows and doors.

The result is a collection of songs both evocative and expressive, Abney’s story drifting between the album’s chief point of focus and something more ambiguous. Lead track ‘Holy Golden West’ is indicative of the former. “Days roll past my line of sight / Seasons change like stoplights,” he sings, the song rolling on like a sun-dappled vista, occasionally weighed down by a moment of reflection, a lingering regret that can’t quite be placed. “The song is about feeling out of place in this world,” Abney explains. “California was burning down and my health was wavering. Time moved in elastic ways, loneliness was stark, and the “Holy Golden West” was a metaphor for comfort, paradise, or safety.”

‘Call Me Achilles’ offers something more direct, a sub-three-minute gem of softly sweeping temperament – all pulsing guitars and whirring synths - where you can almost taste the cloud of dust left in its wake. “I’m out of this town,” Abney sings with purpose, already disappearing down the road away from us. “I got hung up, I know better now.”

Elsewhere, ‘Watch Me Go Back In Time’ sings to the album’s heavier heart, a poignant unravelling bolstered by the swirling instrumentation that beautifully accompanies Abney’s dusky vocal: “How many times have I fit like a first aid kit in an old junk drawer?” he questions in the quiet night, “Bandage and tape cover up cuts and scrapes that I don’t feel anymore.”

Across Tourist, there is an ever-present sense of discovery, whether that’s the awe-inspiring landscape passing outside his window or simply picking through the truth of his emotions as they arrive. Tourist is Abney’s sixth full-length release and despite the flowing nature of its creation, he’s perhaps never sounded so grounded, so full of life, uniquely capturing a part of his life and then leaving it for us, the listeners, to discover for ourselves. As Steinbeck himself says in Travels With Charley: “A journey is a person in itself; no two are alike... We find after years of struggle that we do not take a trip; a trip takes us.” 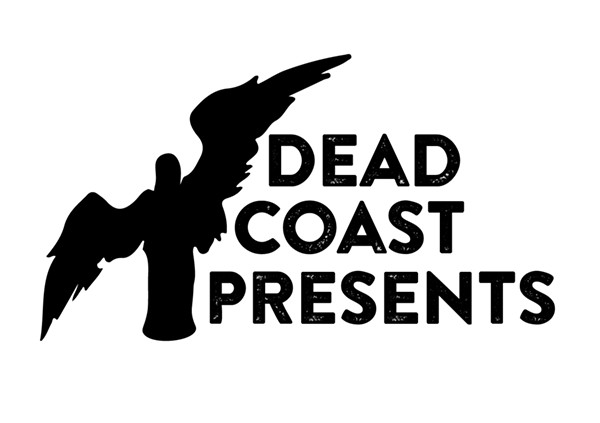