This is a record of halves.

The real songs attempt to turn the worst life has offered to five people the band is connected with into some kind of desperate shape that does something, anything, other than grind and brutalize their hearts and memory within these stunningly horrendous experiences.

The imaginary songs are an expansion and abstract exploration of the early rock and roll “Teen Tragedy” genre as jumping off point to decontaminate the band’s own overwhelming emotions in knowing and living with what has happened to these five people.

What none of this record does and despite the oft repeated assertion, what Xiu Xiu has never done, is attempt to superficially shock the listener. Instead, Xiu Xiu has spent twenty years grappling with how to process, to be empathetic towards, to disobey and to reorganize horror; there is no other word for it other than horror.

The motivation for writing Ignore Grief to be about a child who was sold into prostitution by his mother, a junior high student who was kidnapped and murdered, incessantly choosing alcohol and cocaine over one’s family, becoming lost in the bleakest, darkest aspects of cultish spirituality and committing suicide as means to escape and protest a life of violent sex work is because the members of Xiu Xiu themselves are deeply shocked.

Old friend and new member David Kendrick (Sparks, Devo, Gleaming Spires) joins Angela Seo and Jamie Stewart through whatever this may be and whatever it may mean and why ever it may have occurred. The point of aesthetic examination is to see if there is any way to come out the other side or if there is even any reason. In either case there may not be but to simply turn away would be yet a further act of destruction.

“I had now lost all confidence in myself, doubted all men immeasurably, and abandoned all hopes for the things of this world, all joy, all sympathy, eternally. This was the truly decisive incident of my life. I had been split through the forehead between the eyebrows, a wound that was to throb with pain whenever I came into contact with a human being.” 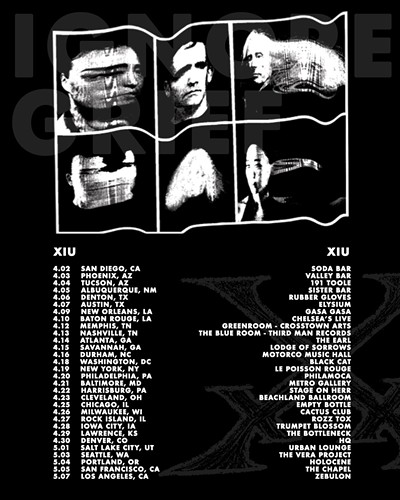