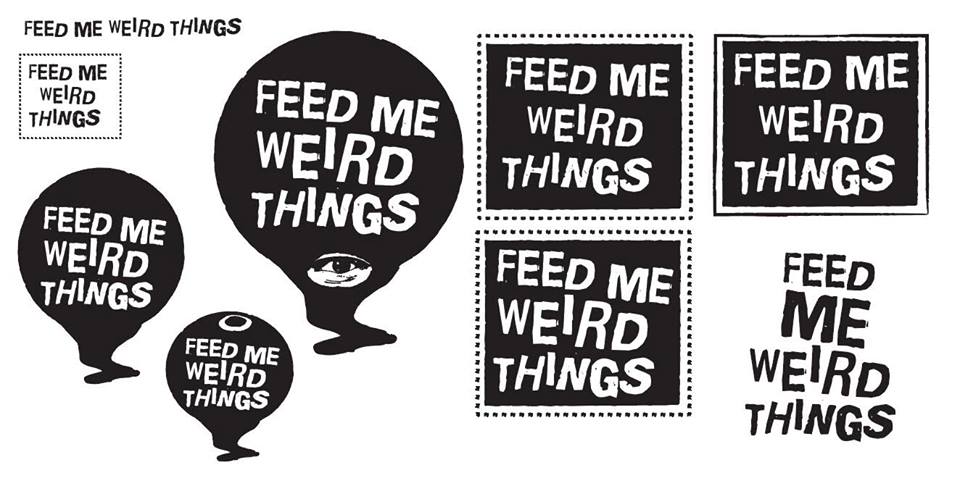 I'm thrilled to present as the kick off to FMWT Listening Series a fantastic collaboration with personal favorites, the psych-folk, spiritual jazz combo Spires In The Sunset Rise and percussionist, improvisor and composer Michael Zerang. It was their getting in touch about this performance that inspired me to start this series in the first place.

Project Bio:
Beginning in January of 2011, composer, percussionist and improvisor Michael Zerang joined Spires That in the Sunset Rise for a year-long collaboration to explore a broad range of sonic and textural improvisations, in a series of live concerts throughout the year. The collaboration culminated in residency at the Experimental Sound Studio in Chicago, as a part of their Artist Residence Program, where the trio was able to perform and record a massive amount of material. The partial result of this effort is the Illinois Glossolalia LP.

Since 2001, Spires That in the Sunset Rise have been unsettling and thrilling audiences with their brand of sonic alchemy. Described by Jack Rose as a “female Sun City Girls,” they contributed a different slant to the New Folk movement by incorporating various avant-garde and world music influences into their sound. They have been compared to artists ranging from the Raincoats to Meredith Monk to Comus to Harry Partch. Their most recent album, Beasts in the Garden, was described by Marc Masters as “some kind of long-lost Terry Riley/Angus MacLise collaboration, equally devoted to divine repetition and center-seeking ritual.” They have eight full length albums, a few side releases, and several solo efforts. The band is now the duo of multi-instrumentalists Kathleen Baird and Taralie Peterson. They have toured the United States, Canada, and Europe many times and have recently pushed their evolution into the territory of woodwinds. They have collaborated with musicians in the realm of pure improv, worked with dancers, and been involved in various theatrical productions.

Michael Zerang was born in Chicago, Illinois, and has been a professional musician, composer, and producer since 1976, focusing extensively on improvised music, free jazz, contemporary composition, puppet theater, experimental theater, and international musical forms. As a percussionist and composer, Michael has over ninety titles in his discography and has toured nationally and internationally to 35 countries since 1981, and works with and ever-widening pool of collaborators. He has performed with Peter Brotzmann Chicago Tentet, Joe McPhee’s Survival Unit III, Brotzmann/McPhee/Kessler/Zerang Quartet, Liof Munimula, Musica Menta, Michael Zerang & The Blue Lights, Johannes Bauer Berlin Quintet, as well as countless other projects with musicians from around the world. Michael has collaborated extensively with contemporary theater, dance, and other multidisciplinary forms and has received three Joseph Jefferson Awards for Original Music Composition in Theater, in collaboration with Redmoon Theater, in 1996, 1998, and 2000. 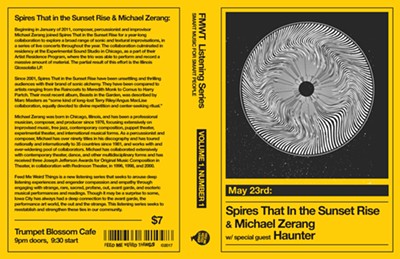