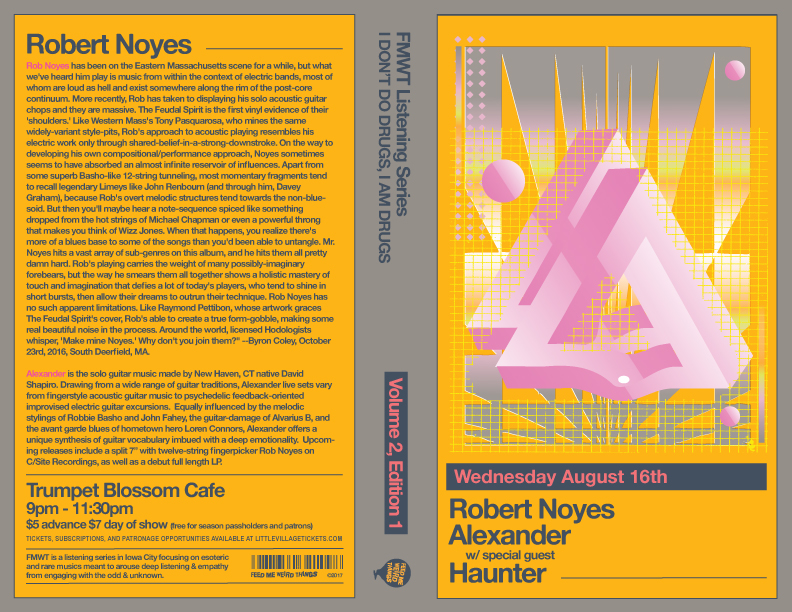 All performances begin 30 minutes after doors.

"Rob Noyes has been on the Eastern Massachusetts scene for a while, but what we've heard him play is music from within the context of electric bands, most of whom are loud as hell and exist somewhere along the rim of the post-core continuum. More recently, Rob has taken to displaying his solo acoustic guitar chops and they are massive. The Feudal Spirit is the first vinyl evidence of their 'shoulders.' Like Western Mass's Tony Pasquarosa, who mines the same widely-variant style-pits, Rob's approach to acoustic playing resembles his electric work only through shared-belief-in-a-strong-downstroke. On the way to developing his own compositional/performance approach, Noyes sometimes seems to have absorbed an almost infinite reservoir of influences. Apart from some superb Basho-like 12-string tunneling, most momentary fragments tend to recall legendary Limeys like John Renbourn (and through him, Davey Graham), because Rob's overt melodic structures tend towards the non-bluesoid. But then you'll maybe hear a note-sequence spiced like something dropped from the hot strings of Michael Chapman or even a powerful throng that makes you think of Wizz Jones. When that happens, you realize there's more of a blues base to some of the songs than you'd been able to untangle. Mr. Noyes hits a vast array of sub-genres on this album, and he hits them all pretty damn hard. Rob's playing carries the weight of many possibly-imaginary forebears, but the way he smears them all together shows a holistic mastery of touch and imagination that defies a lot of today's players, who tend to shine in short bursts, then allow their dreams to outrun their technique. Rob Noyes has no such apparent limitations. Like Raymond Pettibon, whose artwork graces The Feudal Spirit's cover, Rob's able to create a true form-gobble, making some real beautiful noise in the process. Around the world, licensed Hodologists whisper, 'Make mine Noyes.' Why don't you join them?" —Byron Coley, October 23rd, 2016, South Deerfield, MA.

Alexander is the solo guitar music made by New Haven, CT native David Shapiro. Drawing from a wide range of guitar traditions, Alexander live sets vary from fingerstyle acoustic guitar music to psychedelic feedback-oriented improvised electric guitar excursions.  Equally influenced by the melodic stylings of Robbie Basho and John Fahey, the guitar-damage of Alvarius B, and the avant garde blues of hometown hero Loren Connors, Alexander offers a unique synthesis of guitar vocabulary imbued with a deep emotionality.  Upcoming releases include a split 7” with twelve-string fingerpicker Rob Noyes on C/Site Recordings, as well as a debut full length LP.

$5 advance $7 day of show, free for season passholders and patrons 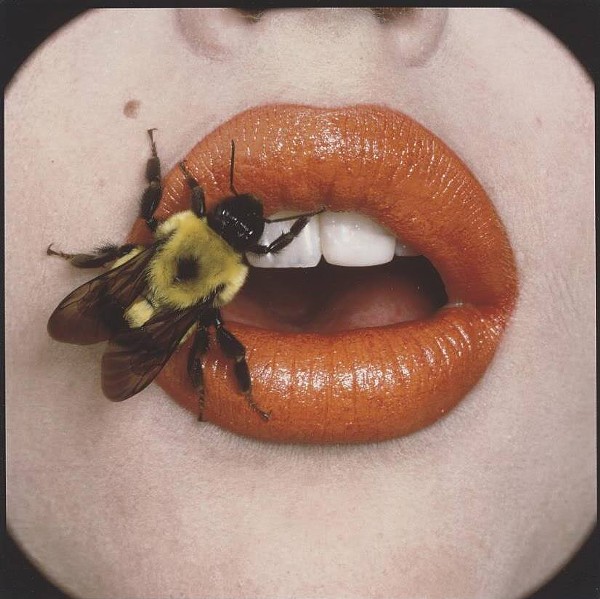 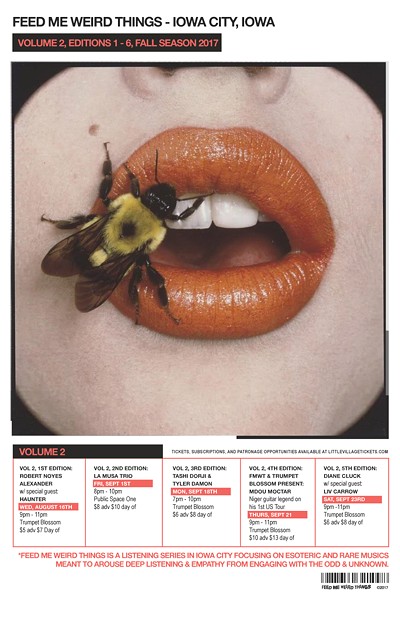