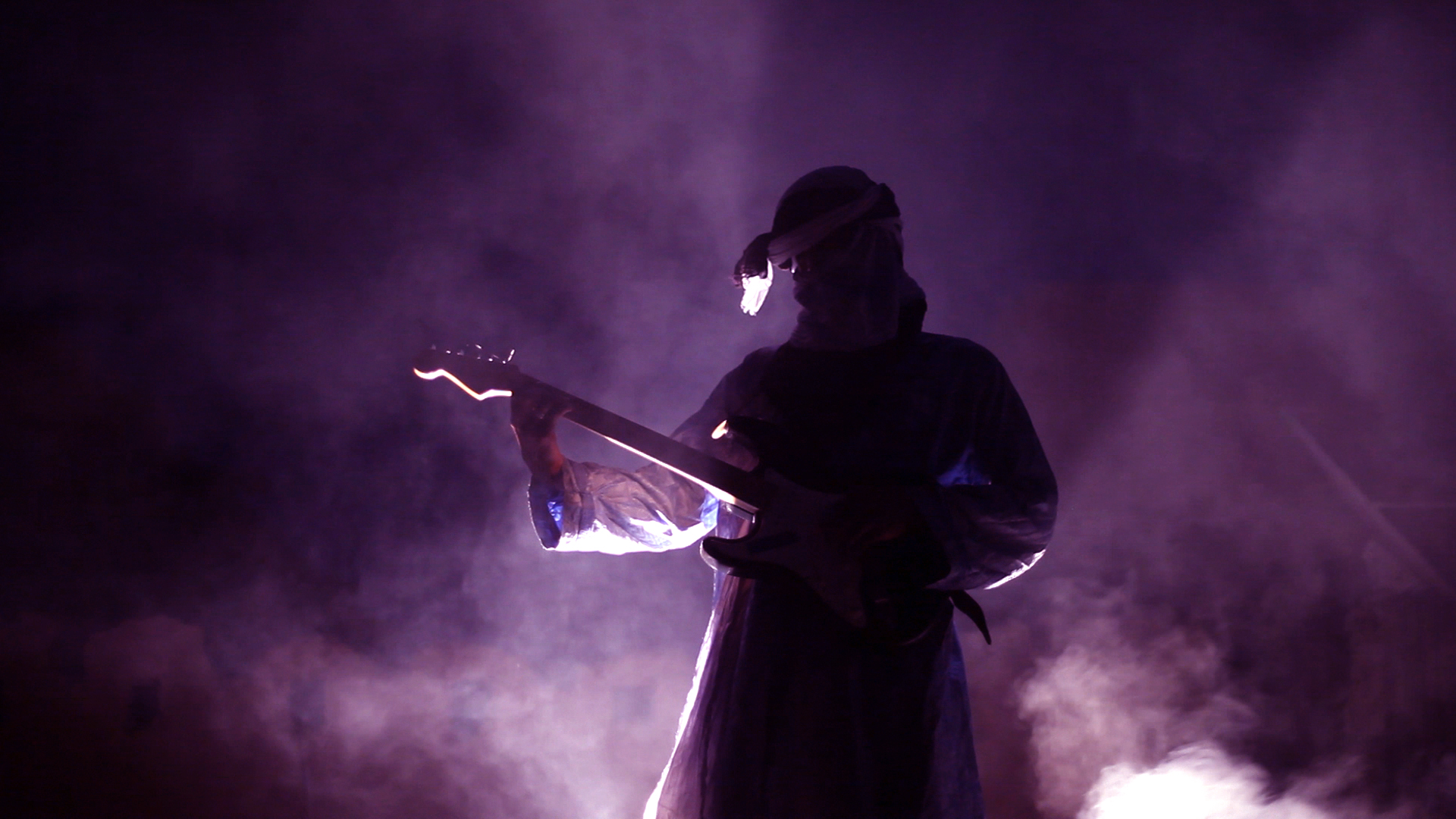 Music for desert picnics. Tuareg guitarist Mdou Moctar delves into his more sensitive side with a minimal studio recording of dreamy ballads. Thumping calabash, droning guitars, and vocal overdubs evoke an imagined desert soundscape. All instruments and vocals performed by Mdou only, creating very personal and auteur sessions. Emotive and introspective, exploring themes of religion, spirituality, and matters of the heart. Songs that are difficult to place, lifted out of half remembered memory for one last time

Mdou Moctar (né Mahamadou Souleymane) hails from the town of Tchintabaraden, Niger, a tiny village on the edge of the Sahara. Playing in the style of Tuareg guitar made popular in the West by Tinariwen and Bombino, Mdou is one of the few original singer/songwriters willing to experiment and push the boundaries of the genre at home and abroad. After his underground success on the pirate mp3 networks of West Africa with his first release, the psychedelic autotuned “Anar,” (2008) he was featured on the Sahel Sounds compilation “Music from Saharan Cellphones” (2011) and launched a successful touring career. In 2012, Mdou relocated from his village to Agadez, the center of Niger’s guitar scene, and formed his band. Over the past years, he has become well known on the international circuit, playing high energy electrified music in festivals and clubs across Europe and North America. In 2013, he released his first international album, “Afelan,” rocking and raw sessions recorded live in Niger. In 2015, he starred in the first ever Tuareg language film, “Rain the Color Blue with a Little Red In It,” a Nigerien remake of “Purple Rain.” In the past years, Tuareg rock music, particularly that of Niger, has gotten faster. There is a preference for this new sound - both in the raucous weddings of Agadez and in Berlin rock clubs. The wavering guitar solos, rapid fire drums and heavy distortion has become characteristic of the contemporary sound. For Mdou, this was not always the case. Self taught in a religious region that eschewed the guitar, Mdou was forced to learn music in secret. And when he did begin to play, there were no weddings or festivities. His early oeuvre was developed to play at informal private sessions with his friends. In these “takits” or picnics, Mdou and his friends would pass the lazy days together sitting under a tree, drinking tea, laughing, and singing songs. 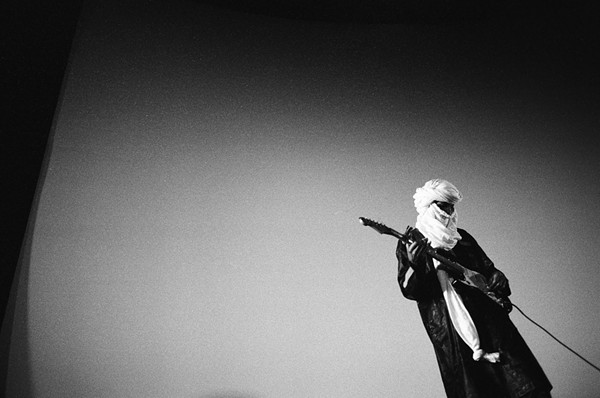