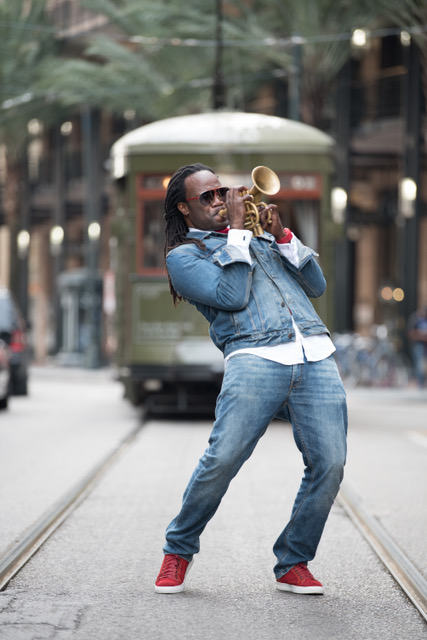 at Big Grove Brewery
This event has passed.

with James Tutson & The Rollback

Hailed by star drummer Bob French as “the new coming of his era,” Allen recently snapped up a 2008 Big Easy Award for best emerging artist and plans to exceed the expectation with a forthcoming release which promises a musical arrangement that breaks the mold of conventional brass.

Allen's freshman CD "Meet me On Frenchman Street" took a modern approach to traditional Jazz and produced an instant classic with the title track. But Allen doesn't stop there.

His rock/funk/hip-hop band, The Underdawgs is set to release their debut CD in April of 2009, aptly entitled, "Box Who In?" A bold statement against being categorized under any one genre, the widely anticipated release promises a radical departure from Frenchman Street and takes listeners back to where Jimi Hendrix and Miles Davis left off.

"Meet me On Frenchman Street" was an homage to the storied past of New Orleans; "Box Who In?" is a vision of its future. The tracks are representative of what's here and now, with an insight into the man behind the horn. "The title of the CD is how I feel," says Allen and "I will not be put into the box of a particular style of music. Maybe one day I will want to do a country record and I don't want to feel limited in any situation."